Some of the best online TV services have fallen short in terms of features, what can be offered, and compatibility with mobile devices. Pricing for streaming is lower than cable or satellite services, but providers have yet to allow customers to build their own programming packages. People end up paying for channels they will never watch, or forgo a channel instead of paying more for a premium package. That feature is included in streaming services provided by a new Start-up company. VIDGO streaming TV allows people to build their own packages. They can select only the channels they prefer, and pay accordingly. The service is for use on devices such as Roku, Apple TV, iOS, and Google Chromecast, among others.

The biggest think lacking in streaming services for television is the inclusion of local programming. Access to local broadcasts, as well as previously unavailable channels, such as Public Broadcasting Services (PBS) and CBS, makes this new service provider innovative. Other channels previously unavailable to streaming services are sports channels. Sports fans have been unable to sever the ties to cable or satellite services and costs, because they would not have access to what they love to watch. Advances in service access means people can stream ESPN programming, National Football League (NFL) and Major League Baseball (MLB) networks, and local sports events. Great sports coverage is available at the lower pricing of streaming. 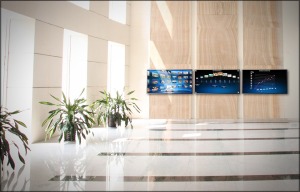 Some streaming services are not available on all mobile devices. Hulu, for example, is only available on laptop and desk top computers, and many providers require the use of a streaming box. This new service can be enjoyed on many devices simultaneously, as long as there is a high speed wireless, or 4G connection. Services available on mobile devices currently, do not all offer simultaneous viewing by subscribers. Streaming services have, so far, been great supplements to cable or satellite services. This next generation of streaming services may well become the way for people to discontinue expensive services, and rely solely on streaming. People being able to watch what they want, when they want, at lower costs will certainly change the current landscape of television service delivery.

This is a text widget. The Text Widget allows you to add text or HTML to your sidebar. You can use a text widget to display text, links, images, HTML, or a combination of these. Edit them in the Widget section of the Customizer.
%d bloggers like this: